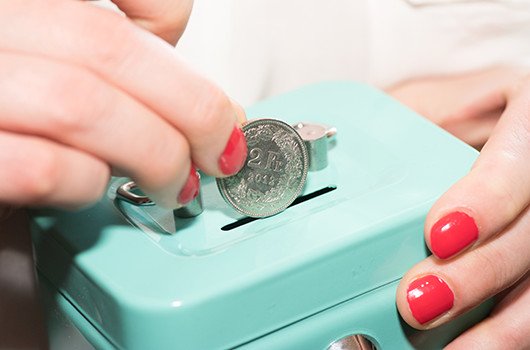 The Swiss are saving more than ever

According to the latest Household Budget Survey of the Federal Statistical Office (FSO), the Swiss can save more and more, with the exception of low-income households. The average monthly savings per household between 2015 and 2017 amounted to CHF 1,460. By way of comparison, households were only able to set aside an average of CHF 913 between 2006 and 2008. This is a budget that has increased steadily since the first survey in 2000. It should be noted that the amount of savings is calculated after deduction of all living expenses.

But the picture is far from idyllic. Indeed, there are significant differences between the different income categories. Between 2015 and 2017, monthly savings in the upper income bracket (i.e. a monthly income of CHF 13,622 or more) amounted to just under CHF 4,860. For the 20% of households with the lowest income, i.e. less than CHF 4,914 per month, the exact opposite is true. For these households with more modest financial means, expenditure was even higher than income, by exactly 706 francs. This is the lowest figure recorded since the survey was conducted.

The gap between good and bad wages is widening. The middle class is melting. Half of this group is getting poorer. Many of them risk falling into debt and exposing themselves to serious health risks

warns Sébastien Mercier of the association Dette Conseils Suisse in the German-language edition of the 20 minutes.