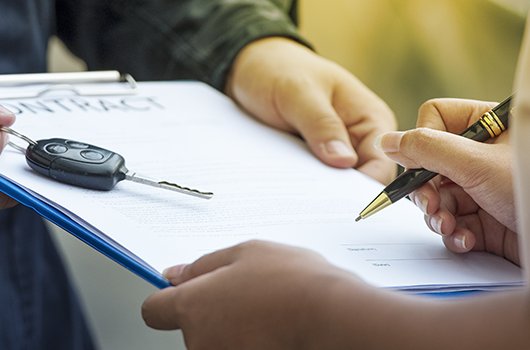 For car insurance, foreigners pay twice as much as the Swiss

There are several criteria that come into play when it comes to calculating car insurance premiums. Place of residence, type of vehicle, etc. But that's not all! According to a Comparis study, which analysed the rates for comprehensive insurance, foreigners have to pay more than their Swiss counterparts.

Balkan nationals are more disadvantaged than our neighbours

The most discriminated against customers are those from the Balkans, with a 61% higher car insurance premium for Kosovars. They are followed by Albanians and Serbs, with a 60% increase. Then come the Turks, who have to pay 57% more than Swiss drivers. The Portuguese have to pay more than a quarter more for the same services.

The most advantageous are our direct neighbours. The French pay a surcharge of only 4%, barely more than the Germans and Austrians, who enjoy premiums at almost the same price as the Swiss. Italians have to pay a 13% surcharge, equivalent to a Spanish customer.

The individual premium for some may seem unfair, but insurance is based on the principle of solidarity explains A. Auer, mobility expert at Comparis. Thus, the risk is not assessed individually, but collectively with the help of statistics and probabilities.

However, this is not the end of the story. Some insurers apply higher surcharges than others. While Generali is the only company that does not apply a premium surcharge to its foreign customers, Bâloise Assurances and TCS M charge a surcharge of almost 90% for Balkan nationals and Turkish nationals. They are closely followed by Helvetia, Axa and Zurich. Comparis explains that these differences are due to criteria directly related to nationality, as all insurers use the same statistics.

The study was carried out by the online comparator Comparis in February 2021, which analysed the differences in premiums payable by policyholders by comparing 232,553 offers for comprehensive insurance. Twelve nationalities were covered, as well as 14 vehicle models.