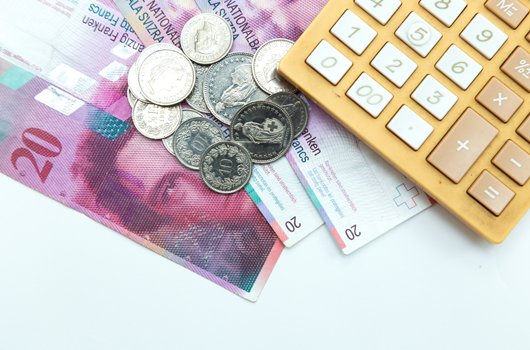 Swiss German are more rigorous in their finances than the Romans

According to clichés, the French-speaking Swiss, like the Cicada in La Fontaine's Fables, are bohemian bon vivants and not very rigorous. The German Swiss, on the other hand, like the Ant, are more serious and work much harder. According to a study by the online comparator Comparis on the creditworthiness of the Swiss, in cooperation with the customer financial information company CRIF, these clichés are true when it comes to managing one's wallet.

Apart from Lugano, which takes first place, the podium of large cities with the highest creditworthiness score (i.e. ability to repay) is made up of places on the other side of the Sarine. Geneva is thus the bottom of the ranking, with the lowest score. At the level of the municipalities, the difference is even more striking. The ten best-rated localities are all in the German-speaking part of Switzerland, whereas the last nine places in the ranking are only in the French-speaking part. Although there is a disparity, it is not very significant.

Even in the municipalities with the lowest average credit scores, the repayment capacity of the residents is good says Comparis.
Generally speaking, the population of Switzerland's largest cities seems to have their expenses under control - despite the sometimes painful loss of income due to reduced working hours and redundancies explains Michael Kuhn, Consumer Finance expert at Comparis, referring to the negative consequences of the COVID-19 pandemic.

Comparis warns that despite the financial support measures, such as the compensation for reduced working hours (RHT), company failures and insolvencies among private individuals could increase in the medium term

The personal credit rating influences the conditions for taking out an insurance, a credit or a mortgage. It is calculated on the basis of various criteria, such as payment history, identity and mobility behaviour. The sources are documents from the commercial register, the Swiss Official Gazette of Commerce (SOGC) and the payment experience of thousands of companies.