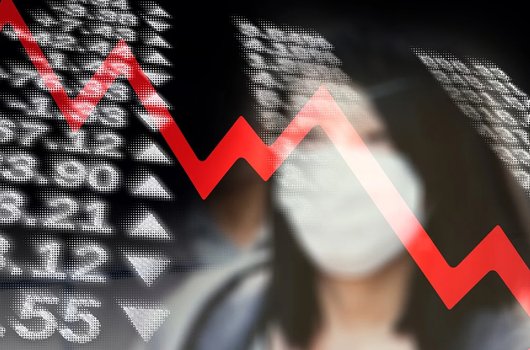 The short-term explosion of credit risk provisions caused by the COVID-19 pandemic could weaken Swiss banks. This is the verdict proclaimed by Ernst & Young at the beginning of this 2021 in its "Banking Barometer". This survey was conducted among one hundred executives of various banks throughout Switzerland by the American banking auditing firm.

For example, three out of four banks estimate that they will suffer losses on their loans because of the health crisis. More specifically, due to the credit activities of small and medium-sized enterprises (SMEs) that are likely to be weakened, with the threat that they will no longer be able to meet their payments on time. Last year, this fear of a significant increase in value adjustments in credit operations with SMEs only concerned 12% of the banks surveyed. This is further evidence of the impact that the coronavirus pandemic has had on the economy.

However, this pessimism does not stand up to a long-term vision. Thus, the banks expect the rise in credit defaults to remain only for a short phase. How can such optimism be explained? First of all, banks are hopeful that SMEs will survive the recession thanks to their resilience, but also thanks to the healthy structure of their credit portfolios, consisting mainly of mortgage loans. The executives interviewed also recall the capitalisation and risk reduction efforts made by banks since the last financial crisis in 2008. "Despite the expected credit defaults, the outlook is only gloomy in the short term," says the banking firm's press release.

The Swiss Financial Market Supervisory Authority (FINMA) is also concerned about the risks to the Swiss banking sector in the wake of the health crisis. Among the main threats identified are payment defaults, corrections on corporate loans as well as loans from companies abroad. They are in line with other challenges affecting the financial market, such as low interest rates and the unordered withdrawal of the LIBOR reference rates. According to the financial market gendarme, regional establishments would be the first victims of credit abandonment, particularly because their business is concentrated in small areas.

UBS, also a victim of the crisis

It was believed that UBS would remain safe from the turmoil caused by the global pandemic. However, the country's largest bank is preparing to close 44 affiliates in Switzerland - one in five, according to revelations by the Neue Zürcher Zeitung. According to Alex Lehmann, managing director of UBS, it is mainly the smaller branches that will be affected.