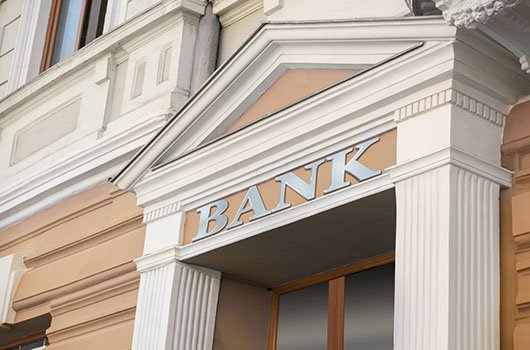 It is difficult to see things clearly, as the subject can seem so complex. However, everyone is concerned. Here is a quick overview of the situation and the consequences that such practices can have on our economy.

What definition for negative interest rates?

Repay less than you borrow: this is the principle of negative interest rates. When you lend money and the repayment you receive is less than the amount you lent, the result is a negative return.

How to achieve negative interest rates?

Nominal negative interest rates are influenced by a negative reference rate, which is decided by the central banks. In our country, for example, the Swiss National Bank (SNB) must increase the quantity of Swiss francs on the market in order to reduce its value. In practice, it is a question of increasing the amount of liquidity on the market. The SNB may also apply these negative interest rates to deposits held by it in other banks, be it private or public. As a result, it charges these banks to deposit money above a certain threshold. They are then encouraged to use these assets on the market.

How is the economy influenced?

As negative interest rates make investments less attractive, demand for money decreases and results in a depreciating exchange rate. This would boost growth and generate inflation. This phenomenon is called the exchange rate channel.

The cost of credits may also fall as a result of the reduction in reference rates. As with the exchange rate channel, inflation is expected to rise and growth to increase. This is called the credit channel.

However, it is a situation that disrupts financial models and causes significant problems for many stakeholders: pension funds, insurance companies, banks and individuals.

Negative interest rates often frighten both investors and consumers. In addition to jeopardizing the traditional banking model and affecting economic and financial activities, they create a unique situation. Because by investing, we generally expect a positive return. It is a policy that has proven its worth since the beginning of appropriations in the history of mankind and nowhere have negative interests ever been mentioned until the 21st century.

For the time being, although it is difficult to draw conclusions, it can be seen that this policy has a relatively small impact on the global economy.

How did we get here?

This is the result of a proactive policy by central banks. In Japan and Europe, for example, central banks have massively lowered interest rates to boost growth, inflation, credit and consumption. Switzerland found itself in a different situation. As a small global economy, it was forced to introduce negative rates when the floor rate was abandoned in order to stop the inflow of foreign capital into the Swiss franc.

This negative interest rate policy was therefore pursued in order to avoid excessive capital inflows and weaken their currencies, as Denmark, for instance, did. The major economies, on the other hand, see it as a complement to their quantitative easing policies, in order to stimulate growth while reducing the risk of deflation.

What are the consequences and for whom?

For example, pension funds are losing what is called the 3rd contributor, i.e. the capital income. Under these conditions, it cannot be ruled out that an increase in contributions may have to be used. The banks, which cannot pass on negative rates, then see their interest margin decrease rapidly.

Finally, the consumer finds himself in a new situation, which he does not control, that could lead him to be paralyzed, which could lead him to no longer consume. In addition, for fear of lower pensions, the consumer will save in addition to his contributions, often under poor conditions. This money does not participate in the economic dynamics of the market and generates almost no returns.

The current situation therefore does not seem sustainable in the long term, as it creates too much friction and tension in the system. The investor must at least be compensated for inflation if he wants to lend his capital. Central banks will therefore be forced to restore a more neutral monetary policy. The signal could also be given by the U.S. Federal Reserve (Fed), which seems to be the most inclined to raise interest rates, which would provide a breath of fresh air to other central banks that could follow suit.

And what do the Swiss banks think? For 86% of them, this is a policy that does not suit them, according to a survey conducted by the consulting firm EY. They are particularly concerned about the erosion of their credit margins and, in the long term, their profitability. Some are considering echoing this policy to their clients, despite the risk that they will massively withdraw their assets.

The European Central Bank (ECB) has postponed the increase in its key rates until mid-year. The Swiss National Bank (SNB) should logically follow it in this decision. A risk for Europe, which would then no longer be able to escape from an extremely toxic situation. If the ECB were to lower its interest rates to the same level as Switzerland, this would raise several problems and the SNB would have to intervene to prevent an overvaluation of the Swiss currency.

One way to prevent this scenario would be to aim for a higher inflation target. For if interest rates are so low in Switzerland, it is because inflation is lower in our country than in Europe or the United States. However, according to the SNB, the negative interest rate remains essential for Switzerland in an uncertain economic and political context.

It remains to be seen whether these negative interest rates are sustainable in the long term or are only a transitional financial policy.