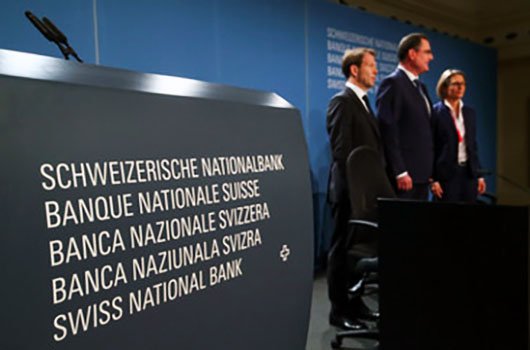 Last Monday, UBS published projections on the Swiss National Bank's (SNB) net profit for the year 2019, according to L'Agefi. The private bank was expecting a surplus of 50 billion. It would finally be 49 billion according to the SNB, a figure almost identical to analysts' projections. Their projections were based on last year's stock market rally, lower interest rates or a rise in the value of gold. In conclusion, UBS explained that financial optimism would not be appropriate for the next few years, after a successful period for the financial markets.

In its report published on Thursday, the SNB explains that profits on foreign currency positions amounted to around CHF 40 billion. A valuation gain of CHF 6.9 bn was recorded on gold holdings, while the net result on Swiss franc positions amounted to around CHF 2 bn. As a result, shareholders will receive a dividend of CHF 15 per share, the maximum amount provided for by law. In addition, around CHF 2 billion will be distributed to the Confederation and the cantons, two-thirds of which will go to the cantons.

The high level of the distribution reserve of around CHF 86 billion would allow the SNB to increase beyond the amounts agreed in the distribution to the Confederation and the cantons for the financial years 2019 and 2020, without the bank giving further details. To this end, the bank explains that it will enter into discussions with the Federal Department of Finance with a view to concluding a supplementary agreement on the distribution of profits. A detailed report on the final result will be published on March 2nd, while the annual report will not be available until March 19th.