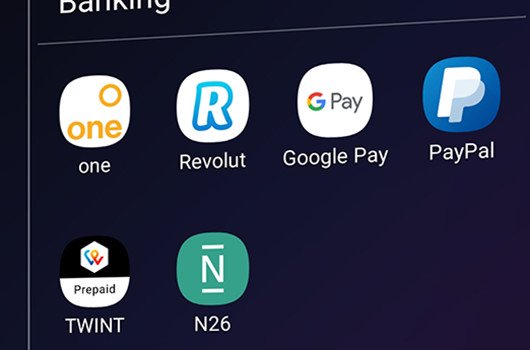 While UBS and PostFinance saved their feathers by retaining their 1st and 2nd places in the Columbus Consulting ranking, which is devoted to the digitisation of the Swiss retail sector, Credit Suisse was relegated to 4th place. The fault lies with Revolut, the neo-bank that is making a name for itself in Switzerland, which moved up to 3rd place. The British mobile bank now has almost 250,000 Swiss clients, more than double the number at the beginning of 2019, making it comparable in size to Lucerne Kantonalbank. However, according to Colombus Consulting, it was Revolut's good performances on social networks that mainly brought the bank to the podium. The bank even has the luxury of being first in the ranking of the most successful banks on mobile applications.

N26, another German neo-bank with a similar profile to Revolut and characterised by its "mobile only" service, ranked 7th, ahead of the Vaud Cantonal Bank or the Zurich Cantonal Bank. N26 allows you to open a bank account free of charge, in euro only. According to the study, traditional banks no longer dominate in the digital field, but are still resisting very well in all areas. Swiss banks with a purely digital offer (Swissquote, neon, Banque Cler) have visibly been outdated, but still seem to be reacting, since some players like Swissquote are growing faster than the market, and also continue to differentiate themselves on their offer and their presence on Facebook and YouTube.

Colombus Consulting is a management and organisation consulting firm present in France and Switzerland. Its latest study on the digitisation and customer experience of Swiss retail banks was carried out in the second half of 2019. It covers a panel of 26 major players in the retail banking sector based on 30 indicators (Web, Mobile Apps, Digital Marketing and Social Networks).

Based on: Colombus Consulting, handelszeitung