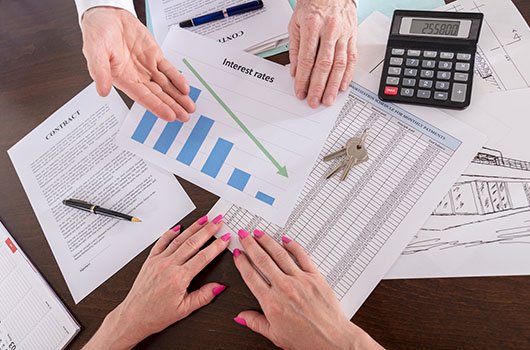 "We are interested in your money," the banks were happy to tell us. This is now to put in the past tense. Even if you have put a little money in a savings account, it often yields only crumbs. Large accounts such as pension funds even have to pay to leave their money in the bank. These are the consequences of so-called negative interest. As customers of banks, we are indirectly affected by these negative interest rates. Between what you earn on a savings account and what a current account costs, you can even lose money in some cases.

In the past, saving was simple. A few pennies to put aside, first in the piggy bank and then in the actual bank. Prosperity through security. In the 1970s, future customers were pampered with rates flirting with 2%, 3% or even 4% and more. Yesterday's children, now grown up, have seen the return on their savings melt away like snow in the sun. Today, rates of 1% for a savings book are rare. In the banks, it is more generally 1 per 1000 or even less. The reason? The crisis, but not only. Paradoxically, there is too much money! The central banks had injected massive amounts of liquidity to save the banking system and had everything they needed to channel it to small, medium and large companies. Only, the demand is not there, or more often than not the banks are too cautious to lend to projects that they consider risky. As a result, the money goes back to the central bank, in a kind of closed circuit.

In Switzerland, this movement was amplified by the attractiveness of the Swiss franc as a safe haven. The abandonment of the Swiss franc/euro floor rate in January 2015 did not help. The abundance of goods poses a problem by driving down prices, for example, or by lowering interest rates on mortgages or savings. The Swiss National Bank (SNB) tried to put a stop to this by introducing a fixed parity between the euro and the Swiss franc, which only lasted for two years. The fixed rate has since been replaced by a negative rate.

How does it work?

When banks have a lot of liquidity, they transfer part of it to the SNB. Today, these transfers amount to more than CHF 400 billion. In order to combat the strong Swiss franc, the SNB taxes part of these amounts at a rate of -0.75%. In the end, the bank withdraws less money than it has deposited. This is known as the negative interest rate. The banks pass on this charge to their very large customers, starting from a certain amount. Small savers are also affected indirectly, although several banks have since introduced the negative interest rate for private current accounts.

However, the savings that have the most to fear because of these negative interest rates are those reserved for our retirement. In other words, our pension funds. They earn hundreds of millions every month. Some of this money is subject to the negative rate, which can have serious consequences.

For all these reasons, it is even more important to take the time to compare the different banks and the offers they offer. You will find on our website several comparators which will help you choose the best choice.